How Searching for Serenity Changed My Food Choices 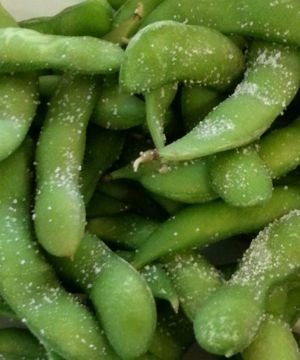 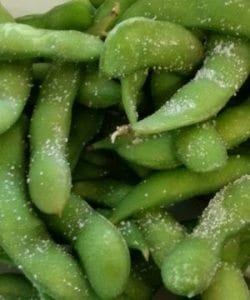 I didn’t want to become vegan when I got into Mussar(spiritual personal excellence). I just wanted to relieve my stress, sleep better at night, and not worry so much. I had no idea it was a full-time job.

Well, it is. There is no on/off switch for self-improvement. I can’t be nice to my husband and rude to my girlfriends (and vice versa). I always wonder how those 300-lb football players knock into each other with the strength of a freight train and then go home and play gently with their two-year-old daughter. How do they shut off that tough stuff? Can you be one way on the football field and another way at home? (What do you think? Please comment.)

When it comes to personal excellence, you can’t turn it off. It’s a never-ending practice; day-in and day-out. Before you know it, it starts to sneak into other areas of life that also need improvement.

I used to exercise a lot. In fact, I taught Jazzercise for ten years. After my knees had grown weary from too many plie’s, I taught yoga and meditation. When I quit teaching, I knew if I didn’t have a class waiting for me with their purple legwarmers and headbands on, I would never exercise with the same effort again. Unfortunately, I was right. I needed them as much as they needed me.

I became too busy to find a one hour block of time to set aside for a workout. Even though I have a treadmill in my house, a balance ball, and a Pilates reformer, I couldn’t get myself to open the door to that unused room. Then a strange thing happened. After years of trying to turn my anger into compassion, to control my verbal outbursts, and struggle to judge others favorably (when all I really wanted to do was to lecture them), the seeping began.

The concept of self-improvement became a living thing that gradually started seeping into other areas of my life. I didn’t invite it in; it just came on its own. That was a good thing.

One day I opened the door to the dusty, unused workout room. I wiped down the treadmill, pushed the start button, turned on the TV, and before long the Ellen show was over, and the red numbers indicated that I had completed 45 minutes! It felt great. I was back in the swing again.

The seeping continued. Since there was no way I was going to workout and then eat ten cookies, the next thing to go was sugar. But, the big boost came when I turned on PBS one day, and saw perky, blond JJVirgin talking about her lifestyle diet. I trusted her; it was Public Television, if they endorse it, it must be true. JJVirgin (is that her real name?) said that if I were to remove just 7 things from diet for 3 weeks; I will lose weight, settle my grumbling stomach noises, and feel energized. So I figured, why not? Just 7 things- that didn’t sound so bad.

I immediately omitted: Soy, corn, gluten, dairy, sugar and artificial sweeteners, eggs, and peanuts from my food choices. It worked! I felt more alert, and my brain felt brighter. I also discovered that I had more discipline that I thought I had. That was the best part!  I found a hidden strength deep within me. Lurking beneath the surface of my physical being, was a powerful ability to do without things I thought I had to have. I thought I would be miserable without them. I wasn’t miserable; I was happy.

I know Adam Levine isn’t the wise Sage whose advice I usually follow, but I do remember reading something he once said about eating. ” I eat healthy because I like to feel good.”  It’s true. Eating healthy feels much better.

So now, I’m upping the ante. I’m going for the gold in the sport of eating. I’m attempting to go …. VEGAN! Yikes, that sounds scary.

It wasn’t out of left field. I have been influenced by the master of vegan, The Edgy Veggie herself, Ellen Kanner. At first (and still) I open the fridge, stare into the veggie drawer and try to think of unusual combinations that would have never occurred to me before.  I started out with the basic “K” sounds: quinoa, couscous, and kale. My mid-morning iced coffee turned into a green chunky beverage. I threw out my cookies and satisfied my sweet tooth with Kind bars and a fruit smoothie. It wasn’t so bad.

I still struggle deciding what to eat. A piece of grilled chicken with a sweet potato and a side of zucchini was much easier. Even though, that was a healthy meal, this one feels so much better.

Personal excellence is a slow and natural process. It happens organically, just like my food.

I think there’s a little too much salt on the edamame, don’t you?

Please share (on one of the links below) if you think someone else will enjoy reading this.
I hope you did!